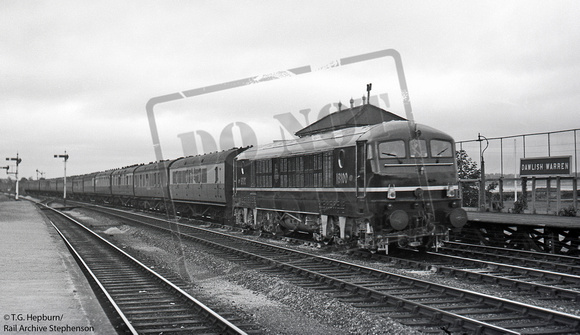 Peter Kerslake says "18100 is heading towards Langstone Rock and the sea wall through Dawlish and Teignmouth. Following a period in Swindon Works, it took a test train of 14 coaches weighing 502 tons from Swindon to Plymouth, returning the next day. The extremely mixed and rather mundane selection of rolling stock is typical of what was used by Swindon for these test trains.
18100 ran further similar test trains on the following three days before commencing scheduled work on Sunday 7th June 1953".
Photo: T.G. Hepburn/Rail Archive Stephenson
T.G. Hepburn/Rail Archive Stephenson
Powered by ZENFOLIO User Agreement
Cancel
Continue