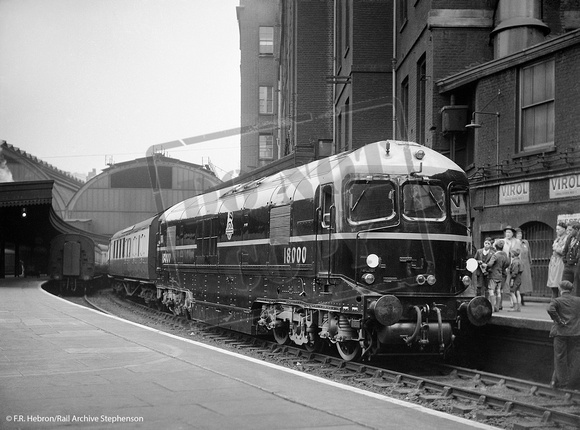 Peter Kerslake says " A group of youngsters have joined the throng at the end of Platform 1 to wonder at the new Brown Boveri Gas Turbine 18000. It worked the Plymouth services from 22nd May until 5th June 1950, after which the first weakness in the locomotive's Combustion Chamber became apparent following an examination at Old Oak Common. This problem persisted throughout 18000's time on the Western Region, taking the locomotive out of service for considerable periods and it became something of a permament exhibit at Swindon Works as efforts were made to rectify the problem."