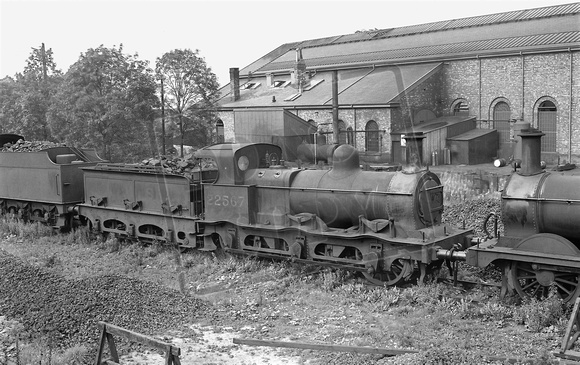 Seen alongside the large workshops at Rugby MPD in August 1938, 22567 had already been working for 33 years by the time Queen Victoria died in 1901! Astonishingly, a further 45 years were ahead of this veteran Matthew Kirtley designed machine before its final curtain fell in 1946. I wonder what was the origin of the stationary boiler seen behind?