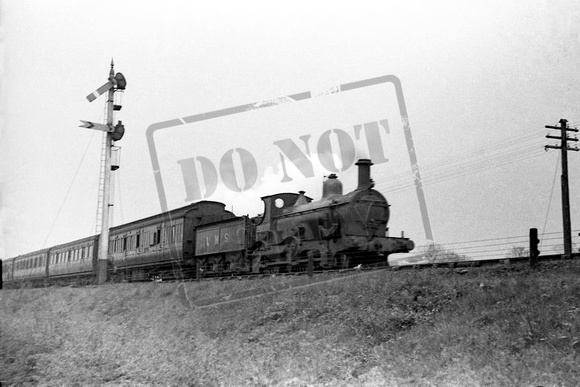 The now preserved No 20002 is seen at an unknown location in 1939. At this time it was allocated to Nottingham and used regularly on Nottingham (London Rd. Low Level) - Northampton trains -very likely being one of these depicted. Built at Derby in September 1866 it survived for almost 91 years, not being withdrawn until July 1947. During this time it was reboilered but changed little in appearance. During the war years it lost its distinctive MR chimney, replaced by an unsightly Stanier variant which it still retains in preservation at York museum -carrying its pre-1907 number, 158A.