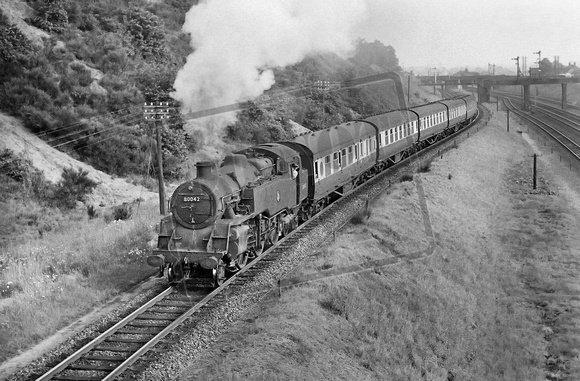 Sandy in Bedforshire is where, for a short distance, the former L&NWR Bedford to Cambridge 'Varsity' route (closed in 1968) and the GNR lines that are now part of the ECML run in parallel for about half a mile but do not connect. Both companies had separate but adjacent stations with a shared island platform, this is now merged into one station. 80042 is climbing away from Sandy on the 'Varsity' line in August 1956 with a train for Bedford. She was built at Brighton in July 1952 and was withdrawn in Feb.1965.