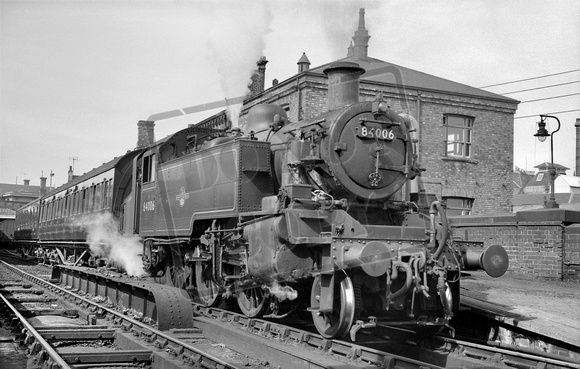 The push-pull fitting is well illustrated of this fine portrait of 84006 in a bay platform at Northampton Castle Station in May 1959. None of the class survived, so the Bluebell Railway is currently constructing 84030, as a new build project. It will become the 31st locomotive of the class when completed.