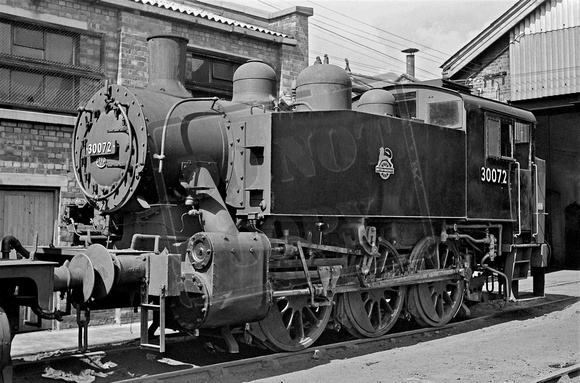 Over the years, a variety of American-built locomotives have graced our shores. Perhaps best known are the 'S160' 2-8-0s and these 'USA' 0-6-0 Tanks. Both classes came to Britain as a result of the hostilities in WW2. The Southern Railway bought fourteen plus an 'extra' for spares. They were mainly used at Southampton to replace the elderly 'B4' class 0-4-0 Tanks. 30072 is seen at Eastleigh after overhaul in August 1954. Four have been preserved including 30072.