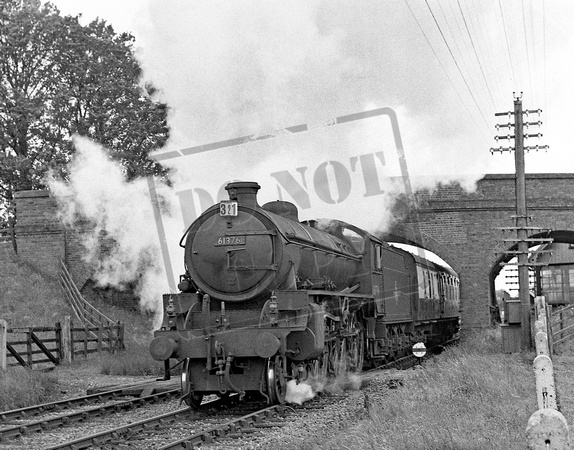 This view was taken near Firsby at the commencement of the branch to Skegness on 13th June 1956. The signal box visible behind the bridge is Firsby East Jct and the train is a Nottingham - Skegness excursion. The bridge carried the road from Firsby village to the railway station.

The B1 No 61376 from Colwick had an unenviable claim to fame being one with a remarkably short career. Built by NBL it was released to traffic on 12th April 1951 (one of the last built) but suffered very early withdrawal on 5th February 1962 - at an age of just 10 years and 10 months. Only three B1s managed less than this, at 10 years and 8/9 months.