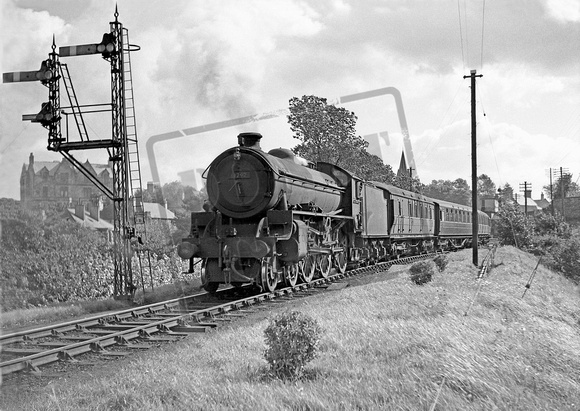 A rare photograph taken at St Andrews circa 1949. A train to Dundee is departing the station headed by Class B1 No 61292. This engine had taken part in the Locomotive Exchanges of 1948, working on the Highland section and was fitted with the special type of tablet collecting apparatus for use in that part of the country. It can be seen still in situ on the cabside but would in due course be taken off when the B1 went to Works for overhaul.
Built in February 1948, No 61292 was allocated to Dundee throughout its career which ended in September 1965.