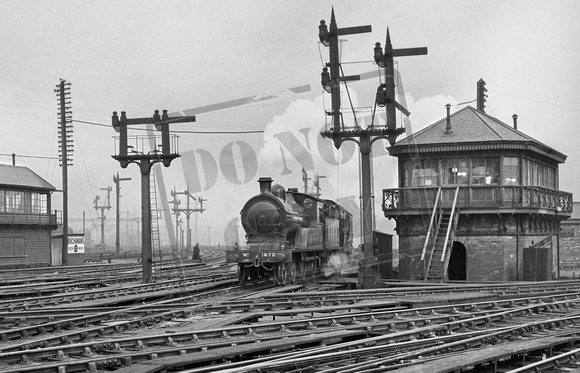 Approaching York Station from the north, 1672 is passing between Waterworks Box with its wrought iron balcony on the right and Leeman Road Box on the left, seldom seen in the same photograph. York MPD can just be glimpsed beyond the Buchanan's Whiskey advert, through the distant haze and forest of semaphores. The lines in the right foreground are the route to Whitby or Scarborough via Malton.