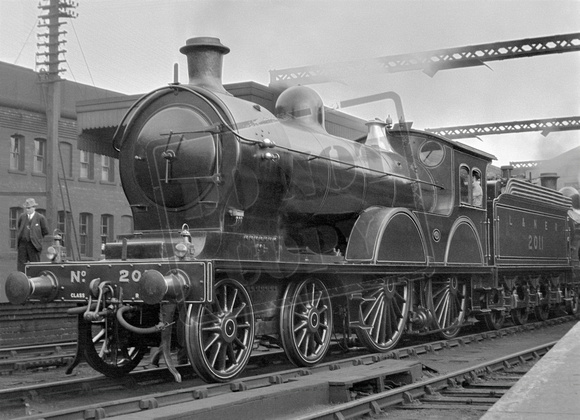 This lovely view of 2011 at Leeds Central Station was taken in 1924 just after the LNER had been formed. It isn't known if this train is returning to Harrogate or about to head south to Doncaster. As this appears to be a double-headed working, it may well be the former because the Harrogate route via Horsforth, Arthington and Weeton is more steeply graded. Regardless, it's a fine image.