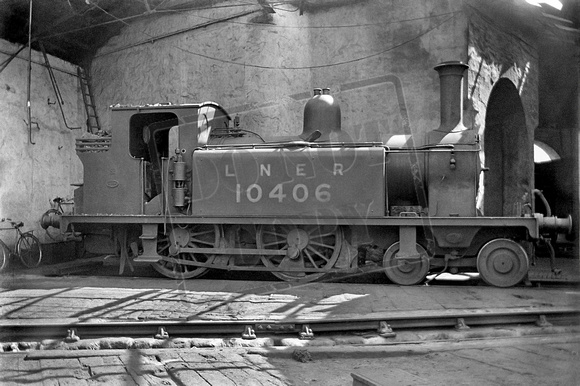 This is a timely photograph of this Dugald Drummond designed 4-4-0 Tank seen here inside Edinburgh's St. Margaret's MPD in August 1932. 10406 would be withdrawn just nine months later, the last of the thirty strong class. Their main duties were on the suburban services around Edinburgh and Glasgow, and on various NBR branch lines.