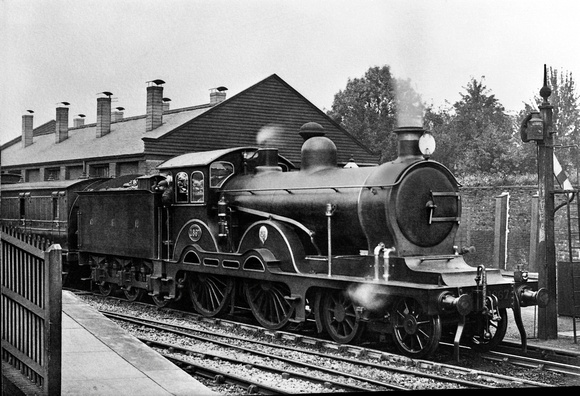 Peter Kerslake says "An early view of a Great Eastern Railway 'Claud Hamilton' numbered 1867 fom new and classified as S46 at this date. Under the L.N.E.R. it became a D14, and was later rebuilt as a class D15. It was renumbered 8867 and finally became 62538 in 1948. In Great Eastern days 1867 seems to have been at Colchester in its early years, with later spells at Stratford, Melton Constable and finally Norwich, from where it was condemned in April 1952, by then classed as a rebuilt D15/2".
Copyright David P Williams Archive / Rail-Online
Powered by ZENFOLIO User Agreement
Cancel
Continue