Created 13-Mar-12
43 photos
The1960 glossy brochure which accompanied their introduction began “The British Transport Commission, as part of the Modernisation Plan, has decided to introduce de-luxe Pullman Diesel trains between important business centres”. The streamlined fixed formation sets were air-conditioned, an important selling point since no other trains had this feature at the time, and were painted in a striking pale blue livery set-off by white around the double-glazed windows.

British Railways introduced them on the London Midland and Western Regions in an attempt to attract business travellers on three important routes to London. The former employed its sets on the London-Manchester service while the latter put them on its West Midlands and Bristol business trains. They were built in Birmingham by Metropolitan-Cammell and those on the Western were eight car sets with a mix of first and second class seats whereas the London Midland six-car sets were all first class; meals were served at all seats in the traditional Pullman manner. 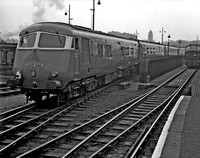 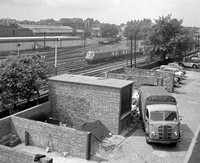 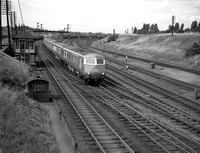 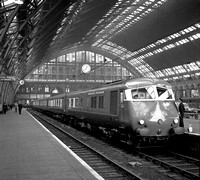