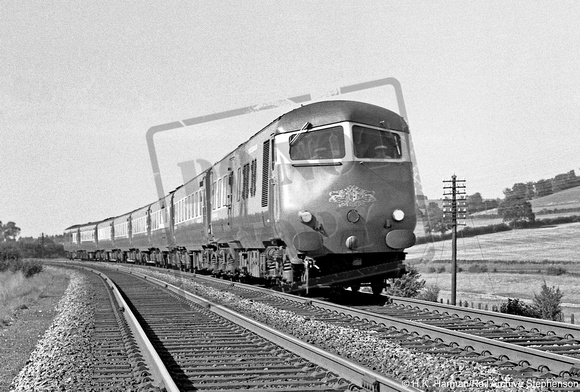 The 2pm up 'Birmingham Pullman' comes down Saunderton bank on August 30, 1961.

Peter Kerslake says "The 'Blue Pullman' is returning to Paddington on its second run of the day between Paddington and Birmingham Snow Hill, a "filling-in" duty which avoided the set lying idle at Paddington following its earlier arrival at the Capital at 9.30 am and before its return with the 4.50 pm to Wolverhampton.
The 'Birmingham Pullman' was the Western Region's second Blue Pullman service, lasting until 1967 when the London Midland Region electric services began between Euston and Birmiingham."