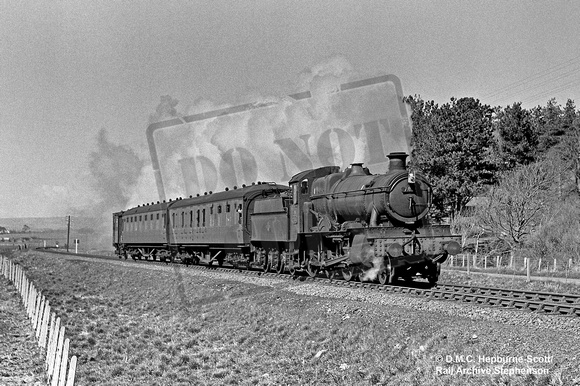 Peter Kerslake says "7801 was built at Swindon 1938 using parts from an earlier condemned "43XX" class. The Manors were put to use initially on services between Cheltenham and Swindon and in the Gloucester area but later they were used on the Cambrian, their numbers being supplemented in the late 'fifties when a few were transferred from Laira and Newton Abbot to Cambrian depots as their piloting duties over the South Devon banks came to an end."