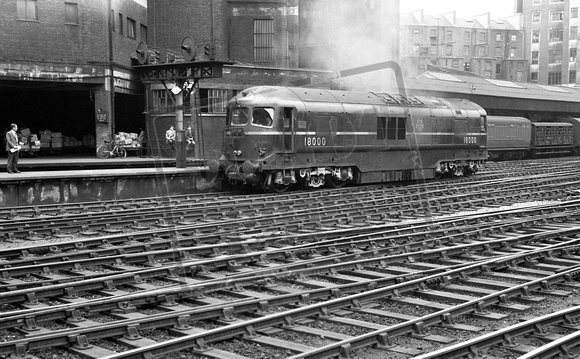 Peter Kerslake says "It's difficult to know which way 18000 is headin but it's either backing out to Old Oak Common or Ranelagh Yard after arrival into Platform 3 or it's running down on to an outgoing train. Platfom 3 was a departure platform so the latter suggestion is the more probable explanation.
Behind the gas turbine are two parcels vehicles from another age, a GWR 6-wheeled milk Siphon and a LNWR toplight brake; the third one is a bit more modern - a GWR Collett brake."
Powered by ZENFOLIO User Agreement
Cancel
Continue