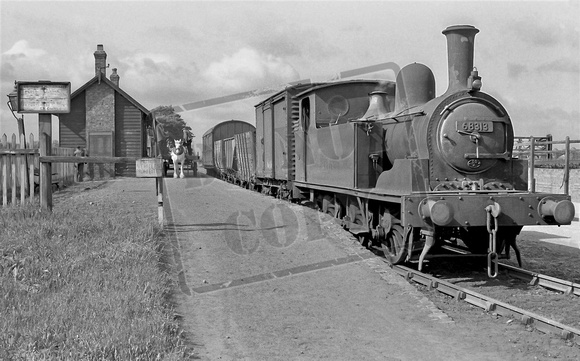 In a scene that could have been witnessed since Victorian times, it seems that little had changed at Easingwold Station terminus in April 1956. 68313 has brought its daily mixed train the two miles from Alne on the ECML and a horse and cart is either loading (or unloading) the meagre payload. In just 5 months 68313 will be gone and a year after that, so will the Easingwold Light Railway. Built in 1891, it had always remained independent and was never nationalsised, latterly all locomotives were hired from the LNER and BR. Amazing!