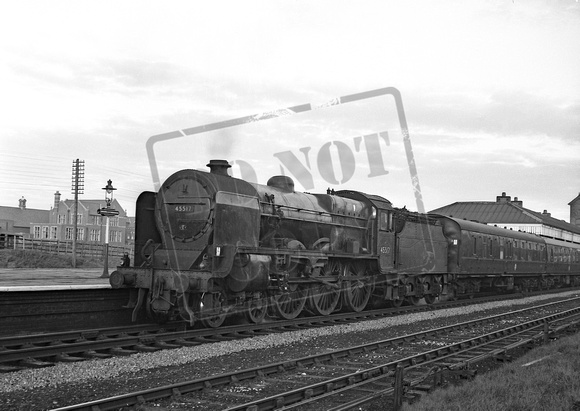 Released to traffic in February 1933, this ’Patriot’ 4-6-0 was a nominal rebuild of withdrawn ‘Claughton’ No 5952, receiving its number. No part of the original engine was made use of again so the rebuild was in fact a brand new locomotive. Renumbering to 5517 took place in 1934 and final withdrawal came in June 1962.