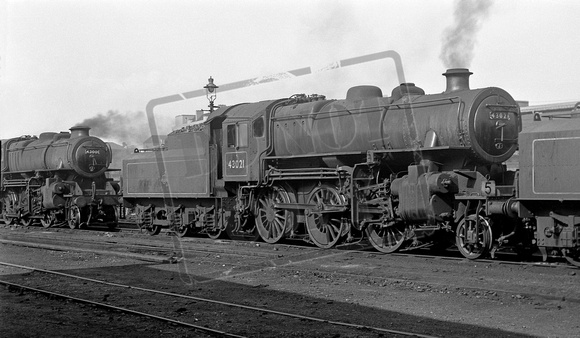 A fascinating photograph showing two Ivatt 2-6-0s at Devons Road shed in August 1954.
On the right is No 43021 which is fitted with the later style of single chimney soon to be carried by the entire class and on the left, one of the first three built (by LMS), No 43001 which along with the first group (number unknown -20?) were fitted with double chimneys. It was found that the draughting arrangements on the double chimney variants made for poor steaming and they were all converted to the single chimney form. Both engines in this photograph were withdrawn in September 1967, having been released to traffic in 1947 (3001) and 12/48 (43021).