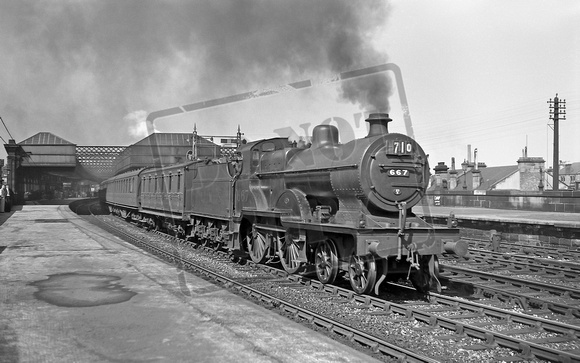 LMS Fowler '2P' class 4-4-0 No. 667. Built at Derby in January 1932 and withdrawn in November 1959 as BR No. 40667. Powering through the joint Caledonian and G&SWR Paisley Gilmour Street Station in August 1938 is an express headed by 667. The LMS '2Ps' were rather better appreciated by former Glasgow & South Western sheds than their English counterparts perhaps because their crews had a 'can do' attitude that produced some excellent performances in this region of Scotland.