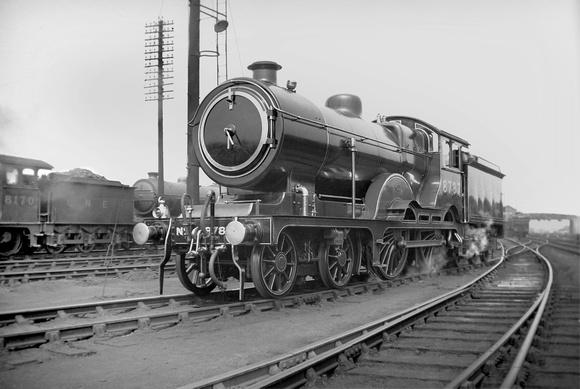 This is one of the two so-called 'Royal Clauds' (8783 & 8787) that were kept in immaculate condition for Royal Train duties, often to take Royalty from London to their Sandringham estates. She is seen here at Cambridge MPD with North Box and Mill Road bridge in the background on the right in the 1920s.