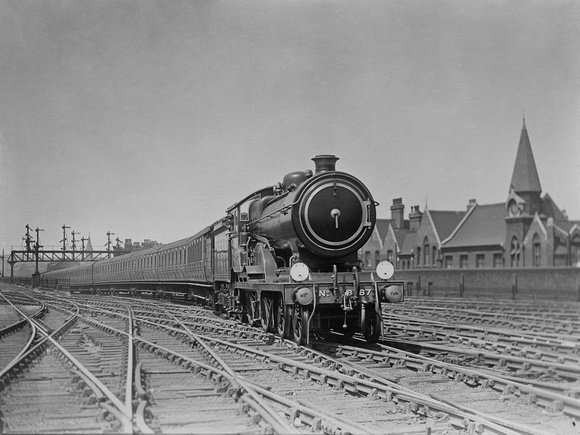 This was a down Clacton Express.
Peter Kerslake says "Both allocated from new to Stratford depot in the early 1920s "Claud Hamiltons" 8787 and 8783 were designated as "Royal Clauds" for working Royal Trains initially from Liverpool Street to Cambridge when Royalty was travelling to Sandringham located on the Kings Lynn to Hunstanton line.
Later in October 1930 both were transferred to Cambridge depot when Kings Cross became the London station for such special workings, with 8787, later becoming 62618, retained at Cambridge as a reserve engine whilst 8783, by then 62614 going to Kings Lynn in 1946 as the principal Royal engine, later being joined there by 62618 in March 1958."
Powered by ZENFOLIO User Agreement
Cancel
Continue