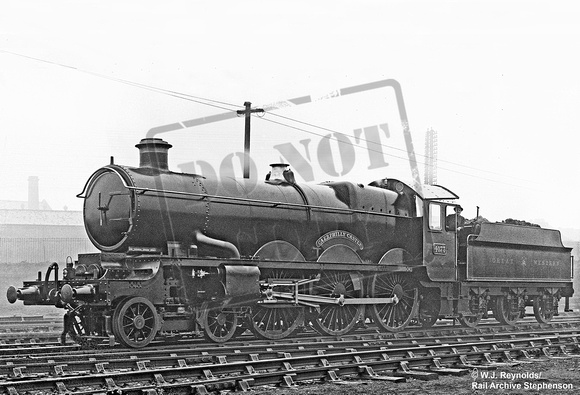 Peter Kerslake says "A very early image of the first "true" "Castle" at its first home shed, namely Old Oak Common where it remained for many years until being sent to Bristol's Bath Road in July 1950.
The pleasing original style of inside valve chest with its rounded corners was retained for the whole of 4073's life, but the outside steam pipes seen here were replaced in the 1950's but what is unusual in this very early image is the cab roof which appears to be white and with what looks like some form of water guttering, something I cannot recall having seen before, and the round window on the top of the cab front was not a permanent feature in later years."