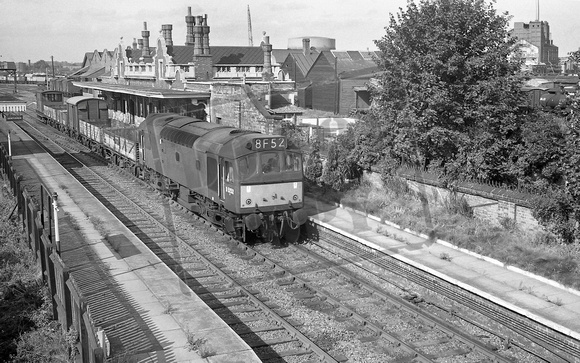 BR 'Class 25' Bo-Bo Diesel No. D5252. Built at Derby in February 1964 and withdrawn in May1980 as TOPS No. 25102. The architecturally notable Northampton Bridge Street Station (London & Birmingham/L&NWR) was built in 1845 and was the first to serve the town. It closed in May 1964 and was (of course) demolished. In September 1965, weeds are already established on the untrodden platforms as D5252 ambles by with a painfully short freight of just five empty wagons.