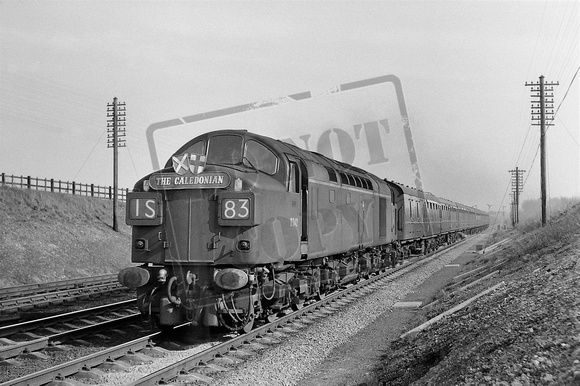 BR 'Class 40' 1Co-Co1 diesel No. D342. Built by English Electric Vulcan Foundry at Newton-le-Willows in May 1961 and withdrawn in Apr. 1980 as TOPS No. 40142. This location at Ashton, Northants. was visited many times by Les Hanson from the 1930s onwards. By the time this fine photograph was taken in April 1962, the express motive power was gradually being taken over by diesels. The down 'Caledonian' with D342 in charge is seen heading towards Rugby.