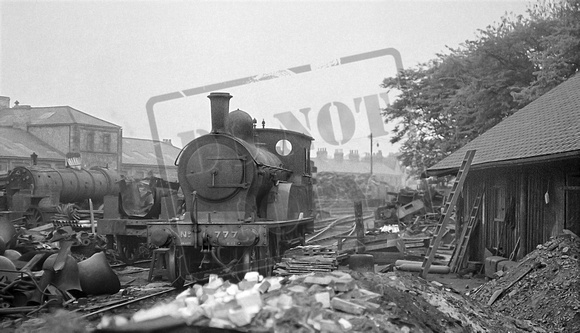 Darlington's equivalent of the legendary 'Elephant's Graveyard' was at North Road opposite the 1842 built North Road Station. The 'Head of Steam' railway museum now occupies part of the sympathetically restored station buildings. 777 had been withdrawn in May 1935 and just a month later it is being reduced to scrap alongside the bones and carcasses of its relatives. Gloomily atmospheric stuff!