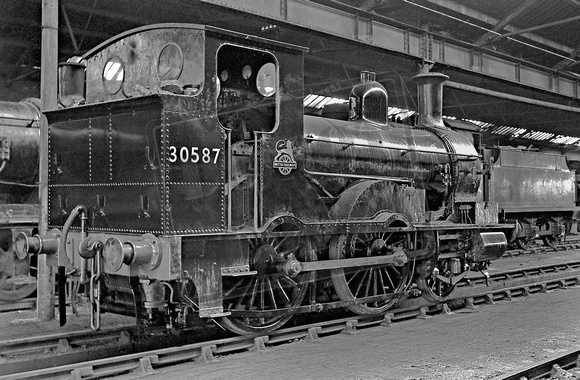 Eastleigh MPD is hosting a very recently overhauled 30587 in August 1954. Three of these ancient locomotives were transferred to the Bodmin and Wadebridge Railway in 1895, remaining in service until 1962 because of the sharp curves of that railway's branch to Wenford Bridge, which carried china clay traffic to the main line. Two have been preserved 30585 and 30587.