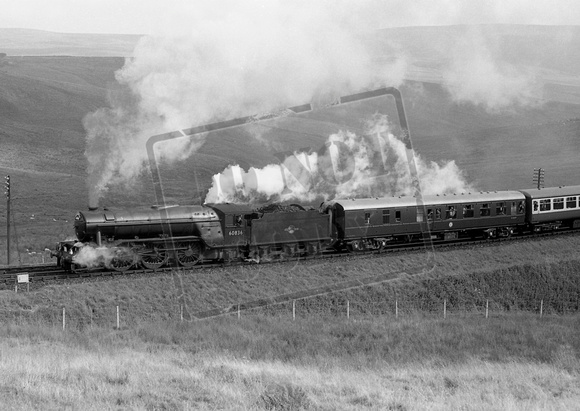 This was the highly ambitious South and West Railway Society ‘Granite City’ special train of 3rd/4th September 1966. It had started from Euston to Crewe behind No E3136, then Crewe-Preston with No 45593; and Preston-Carlisle behind No 70032.

At Carlisle, No 60836 took the train over the Waverley route to Edinburgh as seen in this photograph and finally No 60532 completed the journey to Aberdeen via Perth and Dundee.

The next day No 60024 took over for the Aberdeen-Edinburgh section, replaced for the onward trip to York, by No 60019. Finally a Brush type 4 completed the mammoth enterprise from York to Kings Cross. A gargantuan operation involving no less than 6 top link steam locomotives.