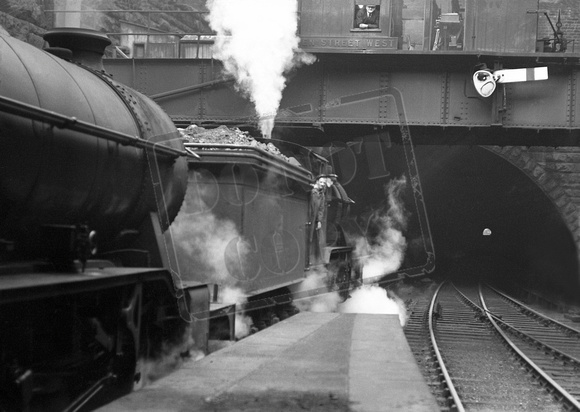 Two K2s, Nos 61784, 61786 (both un-named and from Eastfield shed) head a West Highland train leaving from Glasgow Queen St Low Level on 18th June 1950. The mainline trains to the West Highland usually used the upper station but excursions were sometimes routed from the lower level as space was so tight 'upstairs', especially in the summer months.

The occupant of Queen St West signalbox surveys the scene below. The lower quadrant semaphore top right of the picture being a non functional North British relic of years gone by.