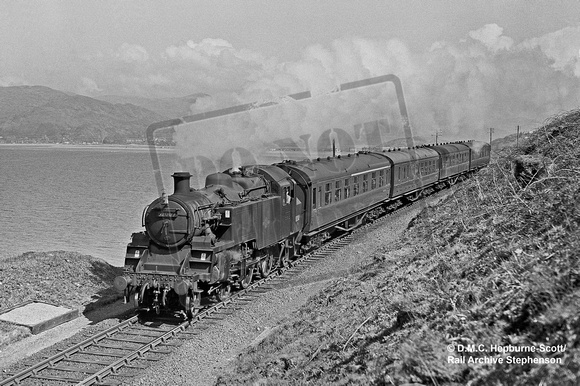 Peter Kerslake says "One of the first four of the class sent to the Cambrian in the mid 'fifties Standard Class 3 2-6-2T 82009 runs down the Cambrian coast with Barmouth Bay in the background and heads down on the stretch of line which had some severe gradients between Barmouth to the north and Towyn to the south.
Barmouth viaduct running across the Mawddach estuary is just visible in the far distance as is Barmouth itself across the bay."