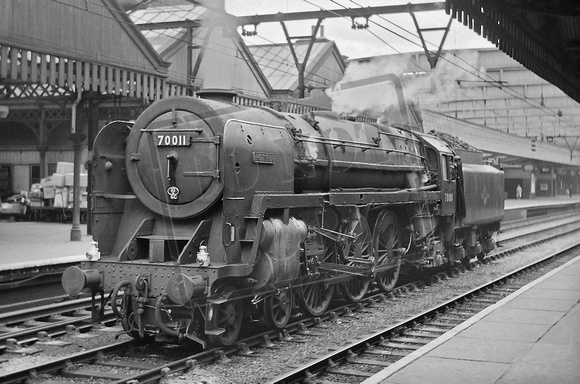 This 1960s view shows Norwich allocated BR Riddles 'Standard Britannia' 4-6-2 No. 70011 'Hotspur' conveniently posed in the centre road at Sheffield Victoria Station. Victoria station, dated from 1850 was the MS&LR and later GCR's principal station in Sheffield but it was closed to passengers in 1970. The ill-fated Woodhead route electrification suffered the same fate after a further decade of decline. 70011 was built at Crewe in May 1951 and was withdrawn in Dec. 1967.