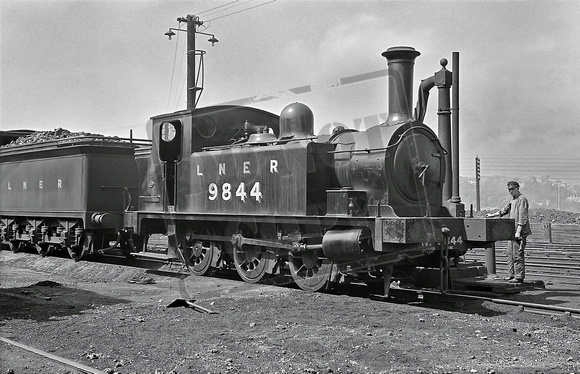 William Reid designed thirty-five of these diminutive tanks built at Cowlairs between 1904 and 1919. All became BR stock and the final survivor was withdrawn in December 1962. Note the dumb buffers fitted to this class, as seen here at Haymarket MPD in August 1938.