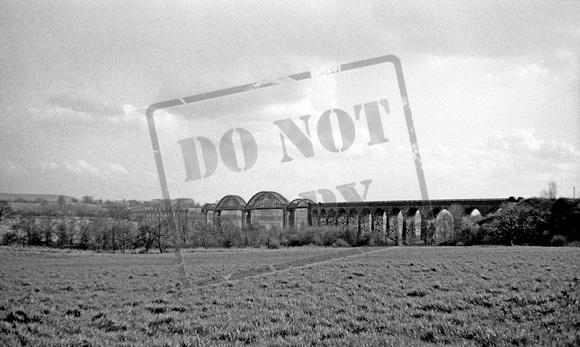 Peter Kerslake says "Photographed from the Welsh and Lydney side of the River Severn this view shows the gap from where two "Bowstring" spans of the Severn Bridge had been brought down following the accident on the 25th October 1960.
This image, some seven years following the accident, shows that work to remove the existing spans had not yet begun so could date from before the August of that year whilst the stone approach viaduct seen so clearly in this view was demolished in 1968 by contractors who finally completed demolition of the whole bridge.
A splendid article on this subject appears in "Back Track" magazine for July 2003.
© Rail-Online
Powered by ZENFOLIO User Agreement
Cancel
Continue