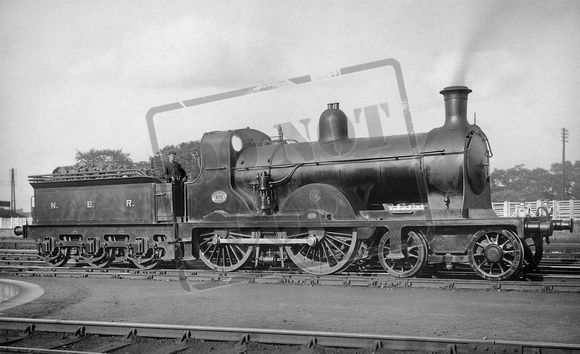 The doyen of the 'Abbotsford' class stands by the turntable at Perth MPD circa 1903. They clearly influenced the design of all future NBR 4-4-0s, and had an impact on later designs from the Caledonian, G&SWR, and L&NWR Railways. The 'Abbotsfords' were built to haul the through Midland expresses over the Waverley route, and all but two of the ten of the class were allocated to this duty. Contemporary accounts describe their work as being of a very high standard on this challenging 98-mile route.