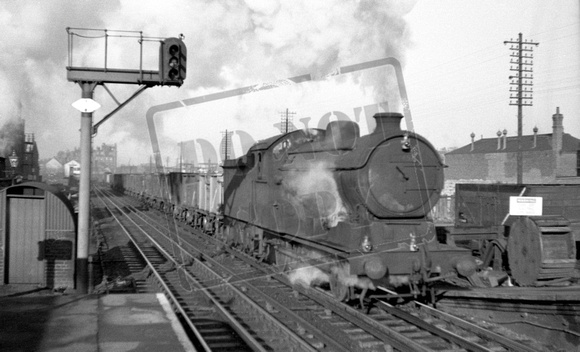 Up (eastbound) freight on the North London line approaching Finchley Road & Frognal station. The NLR was a major route for freight traffic between the Depots and Yards of North and East London and those to the West and South. Freight trains, hauled mainly by LMS but also by LNER and SR locomotives, were fitted somehow between the Broad Street electrics on just a double track west of Camden Road.
View westward, towards West End Lane Box and Station, Willesden Junction etc. The train was probably for Temple Mills Yard (Leyton), coming from the SR with a Gresley rebuild of ex-GE Hill J19 0-6-0 No. 64657.
© Rail-Online
Powered by ZENFOLIO User Agreement
Cancel
Continue