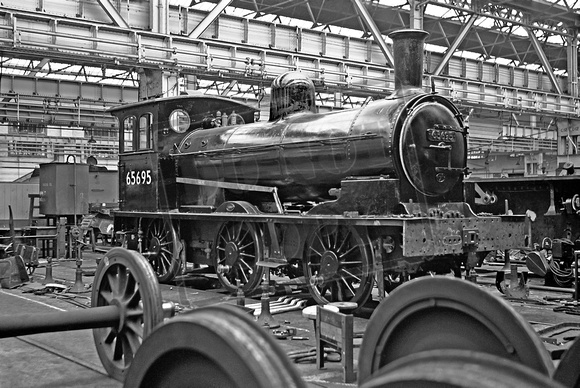 One hundred and twenty 'J25s' were built over a four year period from 1898. It was not until June 1963 that hte last survivor was withdrawn. Darlington Works ensured that even a humble 0-6-0 with at least half a century's work under its belt warranted such a splendid turn-out as seen here. Pride in the job- plain and simple.