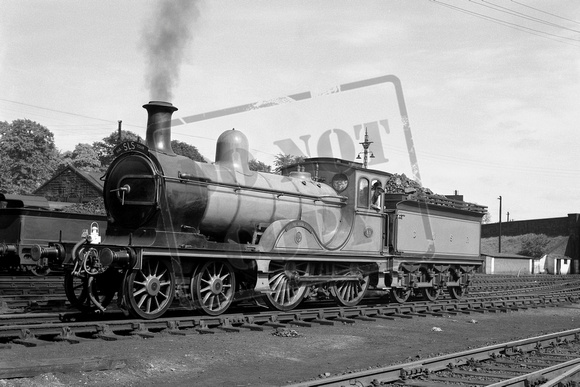 When first restored at Inverurie ex-GNoSR No 49 ‘Gordon Highlander’ was given a light shade of green livery. In this guise it is seen at Dumfries on 13th June 1959 having brought from Glasgow the SLS (Scottish Area) ‘Jubilee Special’ to mark the SLS’s Silver Jubilee. The train ran from Glasgow Buchanan St to Motherwell via Mossend, then down the main line to Lockerbie. Taking the G&SW line to Dumfries the special returned to Glasgow St Enoch via Kilmarnock. Not long after, the locomotive was re-painted in the much darker green claimed to be the correct original GNoSR livery.