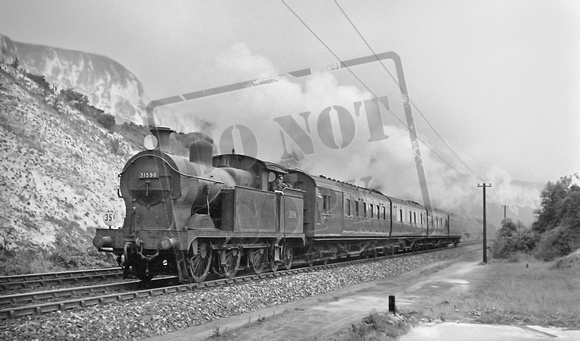 Only five of the SE&CR 'J' class were built because of the resignation of their designer, Harry Wainwright due to ill-health in 1913. The 0-6-4 wheel arrangement is not common in Britain, but the 'Js' were quite successful on a variety of freight and secondary passenger services as seen here with 31596 at Folkestone Warren in July 1949. All had at least one million miles 'on the clock' by the time of their withdrawal between 1949 and 1951.