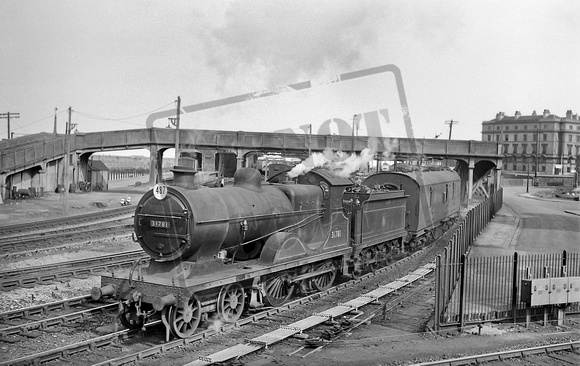 Ex-South Eastern & Chatham Railway Wainwright 'L' class 4-4-0 No. 31781. Built at Ashford in July 1914 as SE&CR No. 781 and withdrawn in June 1959. Leaving Dover in August 1955 is a locomotive with an interesting history. Immediately before WW1 some of the 'L' class (including 31781) were ordered from Borsig of Berlin and supplied in kit form to be assembled at Ashford. The outbreak of war with Germany promptly curtailed any futher business dealings with German companies, Borsig included! Almost incredibly, after the carnage of WW1 the SE&CR honoured it's unpaid bills to Borsig and paid them in full!