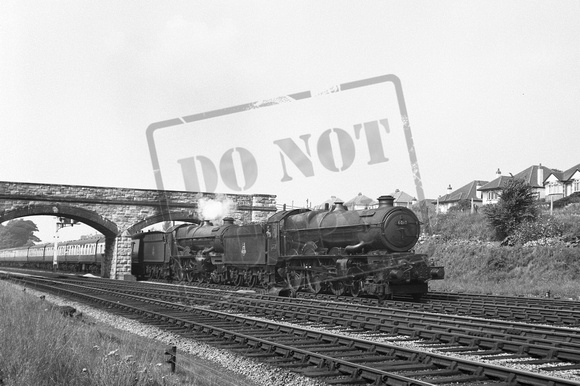 Laira's two "Kings", 6010 and 6023 head past Aller Junction, west of Newton Abbot on Saturday,13th August, 1955 with the second part of the "Cornish Riviera", the 10.35.a.m. from Paddington.
6010, working the main train, would have come off on a through road at Newton Abbot to be added to the following relief portion, as the "Riviera" did not stop at Plymouth on Summer Saturdays and if the second portion was also "King" hauled, as it usually was, one had the spectacle of double headed "Kings" betweem here and Plymouth.
Powered by ZENFOLIO User Agreement
Cancel
Continue