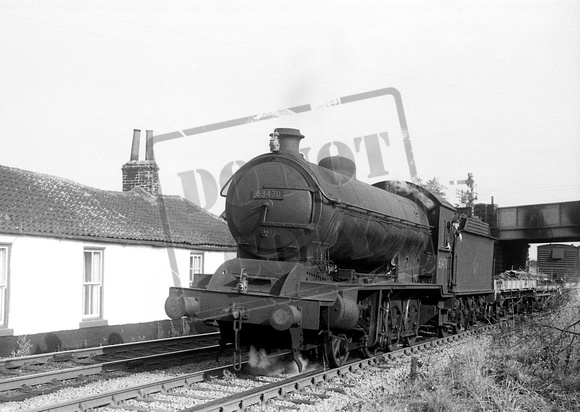 On the section of the triangle between Norten South Junction and Norton West heading for the latter. According to OS maps the cottages to the left were at this time named Norton Junction Cottages (the same as the ones in the center of the triangle) and hidden by the loco the end structure was a Methodist Chapel. They were part of the original Clarence Railway Norton Station forming the booking Office until closure on the 1870s. The new Norton station opened in 1877 can be seen in the photo of 61419.