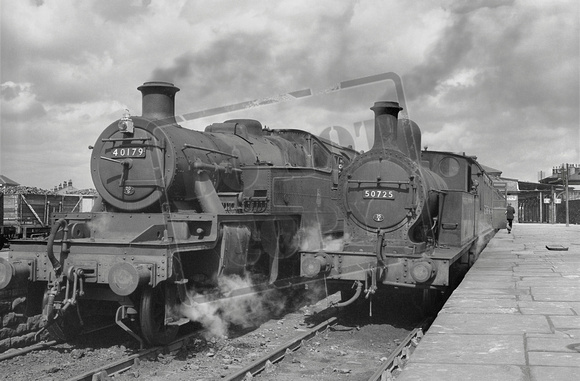 Over 40 years separate the build dates of these two locomotives, yet only four separate their withdrawals! They were largely doing the same 'local' work but the L&Y veteran wins my 'usefulness' prize! An undated 1950s view at Normanton Station but it is between June 1954 and October 1958.