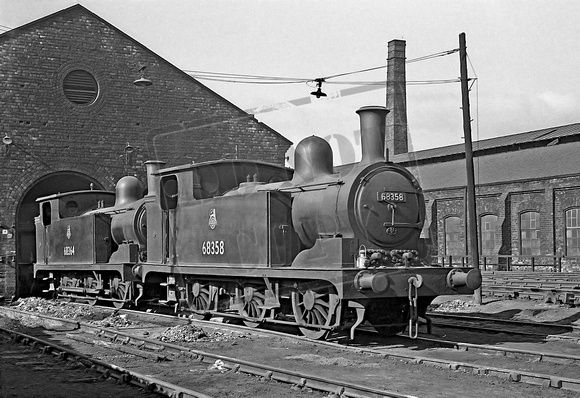 April 1954 finds a pair of Wilson Worsdell's 'J73s' sitting ouside West Hartlepool MPD in lovely sunshine, waiting to have their portraits taken. Intended for use on the Redheugh and Quayside banks on opposite sides of the Tyne, the 'J73s' were larger and more powerful than the existing, outwardly similar 'J71s'. As a specialised design, only ten 'J73s' were built in 1891-2.
© Ken Widd-SA Collection
© Ken Widd-SA Collection
Powered by ZENFOLIO User Agreement
Cancel
Continue