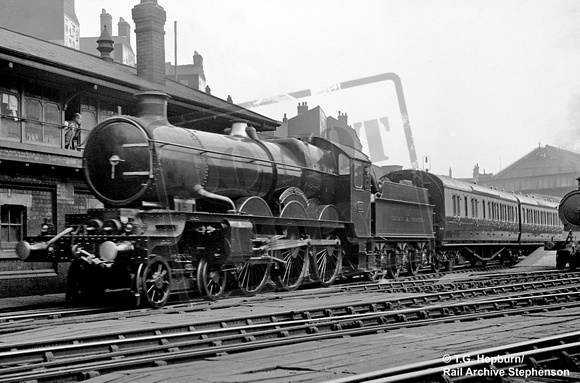 GWR Castle class 4-6-0 No 111 Viscount Churchill passes Nottingham Victoria with a special train of the latest GWR stock for the Stockton & Darlington Railway Centenary Exhibition in June 1925.
Peter Kerslake says "Officially rebuilt from 111 The Great Bear, Viscount Churchill had been rebuilt nine months earlier as a Castle, although it is unlikely that much was used in its construction apart from the front main frames and numberplates. The locomotive entered service in its new form in September 1924 and was allocated to Old Oak Common where it spent much of its time before ending its days in July 1953 at Plymouth's Laira depot".
Photo: T.G. Hepburn/Rail Archive Stephenson
T.G. Hepburn/Rail Archive Stephenson
Powered by ZENFOLIO User Agreement
Cancel
Continue