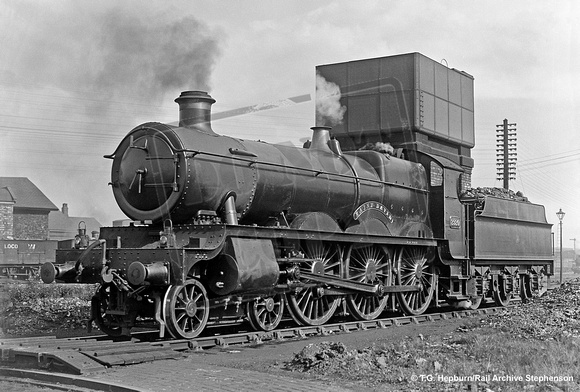 Peter Kerslake says "2920 "Saint David" seen here at Chester in 1937 must have been a good one for she outlived all other members of her class and survived until October of 1953, the last "Saint" in service at that time.
Built in September of 1907 and initially shedded at Cardiff the engine later was to be found at Wolverhampton, her final home being at Hereford and when withdrawn she had over two million miles behind her but was sadly not selected for preservation.
Hereford had been the home to a number of the "Saints" in the 1930's, the locomotives working the heavy and tightly timed passenger rosters between Newport and Shrewsbury and known locally amongst the footplate crews as the "Hereford Castles", with loads of sixteen coaches being customary for them on those workings"