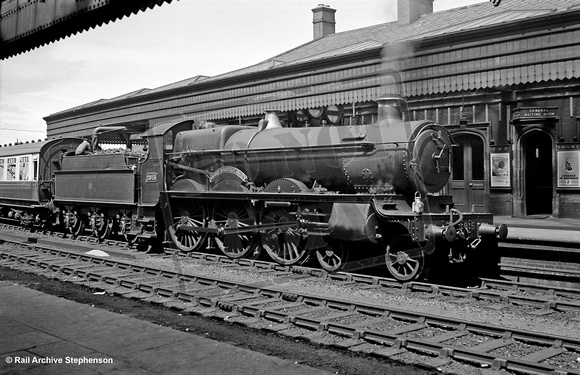 Peter Kerslake says "A lovely image of 2915 "Saint Bartholomew" taking water at Shrewsbury in 1938, this engine being one of the twenty built at Swindon between August and September of 1907, all bearing "Saint" names .
Rather unusually in this late date 2915 seems to be fitted with a smokebox which has at some earlier date been fitted with outside steam pipes, the location of which is shown by the rivetted plate on its side as a number of "Saints" were equipped with outside steam pipes, but not 2915, so this boiler is doubtless a replacement from one such other member of the class.
2915 was withdrawn in October of 1950."