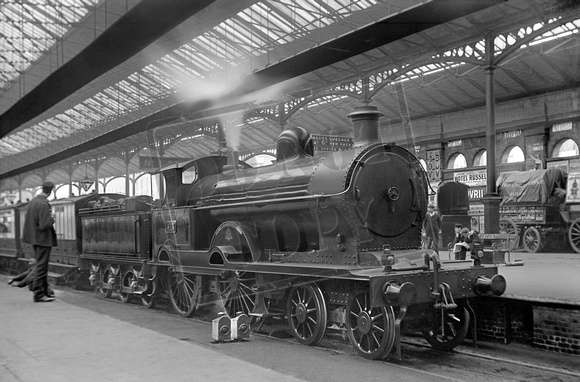 This wonderful view at Euston was taken in 1904 and features the brand new doyen of the 130 locomotives that were George Whale's 'Precursor' class. Amongst the many enamel signs on the right are adverts for Bovril, the Russell Hotel, BDV Cigarettes, Waverley and Owl brand pens and Pears Soap. The tarpaulin covered wagon on the platform is a L&NWR liveried vehicle 'allocated' to Euston.