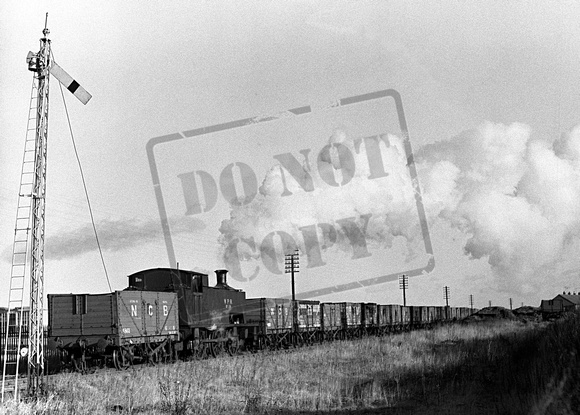 Having climbed continuously from Denbeath, the main line reached a plateau on the approach to Lambert’s Crossing signalbox. WPR No. 19 is making rapid progress with a string of empties bound for Lochhead Colliery at Coaltown of Wemyss on 7th December 1967. The attractive signal of NB origin was controlled by the Crossing box and was pulled off only for traffic travelling towards Wemyss. The normal practice on the WPR was that engines travelled chimney-first en route to Methil as in this direction the loads were heaviest.