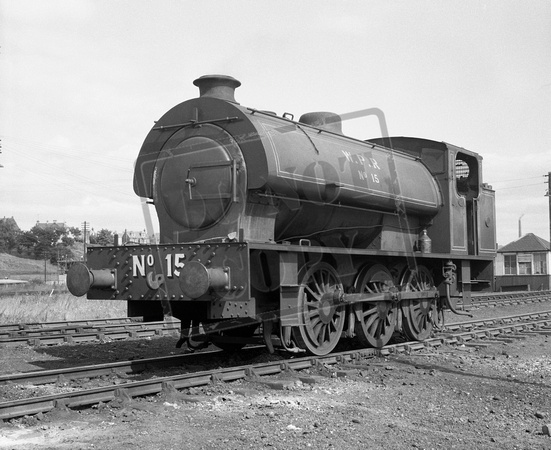 Of the Hunslet type saddletanks, only No 15 was finished in lined chocolate livery. Built by Andrew Barclay (2183/45) it was the first of these engines acquired by WPR, being purchased in 1959. Seen here at Methil during a quiet moment on 28th August 1969. The small control cabin visible in the right background was known as Bell’s Box which had radio contact with the adjacent larger BR signal box, Methil West. This allowed coordination of the yard’s activities. The previous year No 15 had suffered irreparable damage to its firebox but escaped scrapping by being fitted with a replacement boiler and firebox from an NCB engine which had previously belonged to the Wemyss Coal Company.
On closure of the WPR No 15 was bought privately and remains in existence.